To the human eye, a green laser will appear four times as bright as a red laser at the same power output based on the human eyes’ light sensitivity. In ambient light conditions, our ability to see visible light peaks at approximately 555 nanometers (nm) and drops significantly within +/- 50nm. PLS green laser levels emit green light at a frequency of approximately 530nm, near the 550nm peak. PLS red laser levels emit red light at approximately 635nm, where our light sensitivity is a significantly less. Some studies have even suggested humans perceive a 1 milliwatt-powered (mW) green laser at over 30-times as bright as a red laser.

How bright a laser appears is also determined by power output, ambient light conditions, and the laser projection surface. Most laser levels are either Class II (between 0.5mW and 1mW) or Class IIIa/Class IIIR (1mw to 5mw). A Class II laser (like the PLS 3, PLS 4, PLS 5, and PLS 180)  is safe for inadvertent eye contact while a Class IIIa/R is low-risk of eye damage from inadvertent eye contact (check with your local and federal laws about signage requirements when using a Class III laser on the job site).

Laser enhancement glasses work by filtering out the visible light spectrum that opposes your laser level. The red glasses filter all colors except red and the green glasses filter all colors except green. They will make your laser more visible, but will decrease your ability to see other colors and in many cases, may reduce overall light visibility. For that reason, PLS does not offer the glasses and advises any use on the job site be done with extreme caution. We recommend removing the glasses when not actively searching for the laser and giving your eyes time to readjust to the lighting to prevent injuries such as tripping or damaging your boss’s new $3,000 specialty saw. 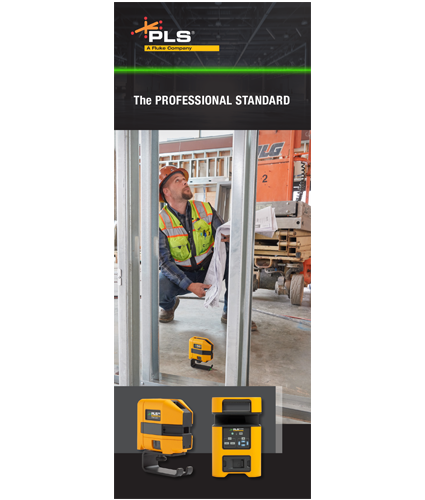